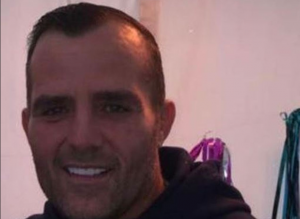 A gangster who died in hospital after suffering a fatal cut to his arm – after surviving at least six attempts on his life as part of a feud more than a decade ago – will be buried on Saturday.
John Paul Brennan (42) died in Beaumont Hospital, Dublin, on Wednesday evening.

It is understood Brennan was admitted to the hospital after suffering severe blood loss to his arm after he accidentally broke a window in the Cromcastle area of Coolock in the city.

A notice on rip.ie states that the death occurred of John Paul (George) Brennan of Coolock, Dublin / Kilbarrack, Dublin on September 22 (unexpectedly).

A wake will be held at the family home on Friday, September 30, from 6pm to 8pm. Mr Brennan’s Funeral Mass takes place on Saturday morning at 10am in St. Benedict’s Church, Grange Park will be followed by burial in Fingal Cemetery.

Pals of Mr Brennan and his family have offered their sympathies including one tribute that reads: “To Orla, words can’t even describe how heartbroken we are for you, John Paul, Aaron, Dayne and Jayden. JP was a true friend who we loved very much and he will be sadly missed.”

Another adds: “Mary and family so sorry to hear your son John Paul passed away deepest condolences may he RIP.”

Brennan had recently been living in Greencastle Crescent, Coolock, and had not come to Garda attention recently.

However, he was a major participant in a Coolock feud over the proceeds of a €300,000 robbery which was further complicated by the gangsters fighting over women.

In more recent times, he was the chief suspect for shooting his younger criminal brother Michael Brennan (35) at their family home in Cromcastle Drive, Kilmore, on May 5, 2020, during the height of the first Covid lockdown.

John Paul, or JP as he was known to friends, was never charged in relation to the incident in which his brother was shot in the leg.

In perhaps the most high-profile attempt on the gangster’s life, two innocent men were shot dead when the killers put a car tracker on the wrong vehicle in a planned assassination attempt on Brennan and his right-hand man at the time.

Gardaí believe they were followed by a gang who intended to murder JP Brennan using a tracking device which had mistakenly been put on the car the men were travelling in.

Cousins Mark Noonan (23) from Rathbourne Drive, Cabra, and Glen Murphy (19) of Drumalee Drive, North Circular Road, both Dublin, were shot dead at a city petrol station in a case of mistaken identity after they had gone to the shop to buy snacks on the night of November 23, 2010.

They had pulled into the Tesco Clearwater petrol station in Finglas when they were shot. Both suffered multiple gunshot wounds and died at the scene.

Mr Noonan’s Toyota Avensis car was very similar to a car which was driven by the intended targets.

In another attempted murder, a gunman forced his way into Brennan’s then girlfriend’s home, and kicked and fired his way through the house as a one-year-old baby lay sleeping,

Brennan was at his girlfriend’s home at Drynam Drive in Kinsealy, Co Dublin, at 10pm on January 9, 2009, when a gunman kicked down the back door. The target was inside, along with his girlfriend, a second woman and a baby.

The hitman kicked down a locked bathroom door but found an innocent woman inside before locating Brennan, who had barricaded himself into a locked bedroom.

But the gunman fired shots at him through the door. Brennan was hit twice, in the neck and chest, by rounds that also passed through his forearm.

The baby, who was in another room in the house at the time, was not injured. The two women were also unharmed.

The gunman fled and the two women called the emergency services to help Brennan.

Brennan was taken to hospital but made a full recovery.

“It is amazing to think that after all the attempts over the years on this individual’s life that he would die from such an innocuous incident,” a source said last week.

The incident happened in an area policed by Santry gardaí but it is understood they were not called as ambulance personnel attended scene and took Brennan to hospital.