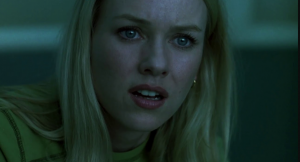 If you were young and impressionable in the days of the early internet, the days of MSN, forums and actually checking your inbox frequently, then you definitely came across chain mail. The practice has existed for centuries, before the invention of the internet. They are physical or virtual messages sent with the task to pass it on to others with bribes or threats attached. “Copy this message exactly and send to 10 friends within one hour or bad luck will follow!” was a typical epithet. Not with money, that’s a Ponzi scheme, but with promises of good and bad luck. This can come in many forms, but the ones that really exploded were “creepypastas,” a phenomenon of scary stories that are copied and pasted across the internet, and haunted chain letters.

Many of us fell prey to some long-winded story we’d read online about someone, usually a little girl, dying horrifically. Of course, when you start reading the story you couldn’t simply scroll away, and if you didn’t send it to a certain number of people then a terrible fate would befall you, whether it be general misfortune, or some kind of photoshopped ghoul coming to you in the night and killing you. We all know that these stories are completely false, fabricated by an internet troll to generate more clicks and clout, but it is undeniable the amount of internet users that fell for a ghost story like this one, and continued the chain to be safe rather than sorry. I know I did.

This translated into a horror film surprisingly well, twice actually. First with the 1998 J-Horror Ringu, and receiving second wind with the American adaptation that turns 20 today, Gore Verbinski’s The Ring. The Ring is an icon of 2000s horror, regarded as one of the best in the decade with Samara Morgan (Daveigh Chase) joining the ranks of movie monsters and two words striking fear into the hearts of movie-goers: seven days. It follows a journalist’s (Naomi Watts) investigation into the dark origins of a peculiar videotape after her niece horrifically and mysteriously dies seven days after watching it.

Samara Morgan’s videotape works like a chain letter, with the protagonist managing to save her family from it by sending a copy to someone else, effectively playing hot potato with a vengeful spirit. This movie had a massive influence on creepypastas and haunted chain mail, such as the infamous Carmen Winstead story, which involves a girl being pushed into a sewer. These stories were not a good or bad luck charm, these were threats that a vengeful spirit will come to you and kill you if the message was not forwarded along, with efforts to make the backstories as twisted and disturbing as possible. Without Samara Morgan, we may not have had Jeff the Killer, Candle Cove or Slenderman, for better or for worse. The Ring was instrumental in igniting interest in stories of contagious curses, especially as videotapes evolved to DVDs, and DVDs were phased out by the internet and streaming.

However, none of these stories were as well-told as Samara Morgan’s. It has all the standards of a great ghost story, Samara cuts a terrifying and iconic figure, the most out of any killer kid in a horror film, and combines the heinous act of her murder with the absolute evil of her actions and perhaps her very being. Horror tends to use the vessel of youth to amplify the terror, and Samara was just as terrifying in life as she was in death. She is the unstoppable force, an unending terror that is not, and maybe cannot, be fully defeated. The inevitable is only avoided by inflicting suffering onto another person.

This ultimatum has been used to varying degrees of success in other horror movies. It Follows used it to incredibly powerful effect, while people were less impressed with Truth or Dare. The Ring was the game changer, and when thought about long enough, is a very dark ending to a horror film. Yes, the journalist and her family end up safe from the curse, but at a great cost to someone else. There is a sort of bystander philosophy there, that to evade suffering or sacrifice one must be complicit in, or even contribute to a great evil. How does someone live with themselves, knowing that they passed that evil onto someone else? We don’t receive an answer to this question in this film as the characters hope that maybe the recipient will be okay, as long as they send the video along, but we have seen the consequences for those who didn’t, and there’s no way of knowing if they did.

Ringu was the original story, and deserves due credit for creating an urban legend and a sense of dread that permeates through the entire film. But Verbinski took the story and made it his own with a sickly, almost clinical aesthetic and taking advantage of the evolutions in CGI technology to turn Samara from a vengeful spirit to a horror icon. In a typical Hollywood horror, especially ones from a few short years prior, when Samara Morgan gets a proper burial, that would’ve been the end of it. That twist ending, when Samara crawls out of the television to let us know the story is not over, is what sticks in people’s minds. The fact that the only way to avoid a horrific death is to spread the curse to others is crucial to what makes this story so great.

To avoid the apparent effect of a chain mail curse is relatively easy, just send the story to others and encourage them to do the same, so they’ll be safe too. This comes at the cost of annoying your friends, or even causing a lot of unnecessary anxiety in the jumpier among us. Continuing the chain, but protecting yourself from nothing because chain letters don’t work. All that happens if you send or post a chain letter in real life is that people will think you’re silly, but you’re hurting no one.

The Ring turns this annoyance into a terrifying and tragic ultimatum, turning the most irrational anxiety into a reality. As the film celebrates its 20th birthday, you can turn your mind to the fact that while many are still bothered and burdened by chain mail and creepypastas, it’s a relief that it’s not actually life or death.