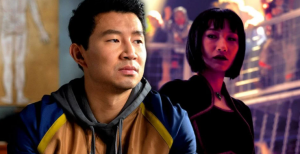 Shang-Chi and the Legend of the Ten Rings has two credits scenes – one mid-credits and one post-credits, and both do an excellent job of setting up future TV shows and movies in the Marvel Cinematic Universe. Movies had post-credits scenes long before Marvel Studios came along, but it was the MCU that heavily popularized the practice with modern blockbusters, so much so that most high-budgeted films include credits scenes either to set up future installments or conclude a storyline left over by the end of the movie. The only MCU movie to not have a credits scene is Avengers: Endgame, since that film was all about concluding The Infinity Saga. Now things are back in full swing and Phase 4 is well underway, Shang-Chi’s credits scenes are all about the future, setting up a whopping six upcoming releases.

Shang-Chi and the Legend of the Ten Rings‘ mid-credits scene is where the biggest MCU teases come, bringing back several key Marvel characters. Captain Marvel, Bruce Banner, and Wong all appear in Shang-Chi’s mid-credits scene, discussing the power and origin of the Ten Rings. It’s revealed that the rings have a beacon calling out to some mysterious being, and so Shang-Chi and Katy are seemingly recruited to the team to help deal with that emerging threat, though it’s not officially stated if that team is indeed the Avengers or not.

After that, Shang-Chi’s post-credits scene shows what happens with the Ten Rings organization and Xialing. The sequence reveals that Xialing has actually taken control of her father’s regime, making some big changes to how things are done – including a new design for Ta-Lo and women now being recruited into the organization. There’s clear setup for more here too, with Shang-Chi’s end-credits concluding with the tease that “The Ten Rings Will Return.” It stops short of saying exactly where or when, but there are lots of upcoming MCU movies set to be impacted by Shang-Chi and the Legend of the Ten Rings.

The biggest setup in Shang-Chi’s credits scene is for Doctor Strange in the Multiverse of Madness. The fact that Wong not only appears during the movie’s main story but returns in the mid-credits scene to bring Shang-Chi and Katy into the world of Marvel’s superheroes puts the new characters on a path to reappear in the upcoming Doctor Strange sequel. When Shang-Chi took control of the Ten Rings from his father and used them to destroy the Dweller in Darkness, Wong and the Masters of the Mystic Arts were made aware of the Ten Rings’ power in Kamar-Taj. Not only that, but the rings also have a beacon in them that are calling to someone or something. To answer that question, Shang-Chi will need to return.

At the moment, Doctor Strange in the Multiverse of Madness is shaping up to be the big, non-Avengers crossover movie of Phase 4, very much in a way that Captain America: Civil War was for Phase 3. Xochitl Gomez will make her debut as America Chavez in the film, and she will be joined by Elizabeth Olsen as Scarlet Witch. Furthermore, there are reports that Loki will appear in Doctor Strange 2, with a distinct possibility that Spider-Man could as well – the former being that he participated in the creation of the Multiverse and the latter because his story in Spider-Man: No Way Home will lead into Doctor Strange in the Multiverse of Madness. Now on top of all that, Shang-Chi and his beacon could be directly tied to the upcoming sequel film.

Wong gave Shang-Chi and Katy a speech about their lives being different from that day forward, and Bruce Banner even welcomed them to the team, sort of. If the beacon was felt in Kamar-Taj and Shang-Chi was brought in by Wong, it all points to the answers coming sooner rather than later. Moreover, the beacon could be calling the tentacled creature Shuma-Gorath, who is rumored to be Doctor Strange 2’s villain. The monster first appeared in What If…?, being called into action by Red Skull, but the live-action version might come from a different dimension, which would fall in line with what Shang-Chi set up between the Ten Rings, Dweller in Darkness, and the village of Ta Lo.