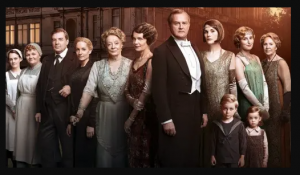 Virtuosic performer Sarah Jones adapts her Off-Broadway show into a frenetic hybrid doc that plays like a Vice special with character work.

Try as she might to prove her debut film “Sell/Buy/Date” has no agenda, that’s the one place Sarah Jones’ performance falters. From the many dynamic characters she plays, it’s clear the virtuosic performer and playwright can sell just about anything — except neutrality. A charming onscreen presence whose varied personas bustle with verve, Jones uses the contours of her one-woman show to explore her feelings about the sex industry with a faux-journalistic approach. Though her impressive character work and earnest approach are endearing, the film is a confused jumble of ideas that never comes together. Written and directed by Jones with a story assist by David Goldblum, “Sell/Buy/Date” plays like a Vice special crossed with an Off-Broadway show. It would be dangerous if it weren’t so ineffective.

Though it’s hard to parse through the many half-baked narrative threads in “Sell/Buy/Date,” the film opens with an introduction of Sarah’s characters from her one-woman show. The film is at its most fun and inspired when Sarah interacts with these caricatures, which include a doddering Jewish bubbe, a gum-popping white feminist who’s pro-sex work, and a fast-talking Latina who isn’t. She’s also juggling a potential Hollywood deal to turn her show into a movie, trying to parse her feelings about sex work, and dealing with unprocessed grief from the death of her sister. Try as she might to jam these themes together, the haphazard execution makes them feel like three distinctly separate ideas.

Despite Glazer’s assurance that “you can’t represent everything, you’re not a politician,” Jones feels confounded by the nuances. Is sex work empowerment or exploitation? “The real problem is Sarah doesn’t know what she really believes,” one of her characters tells her, though she’s never convincingly swayed to approach sexual autonomy as anything other than submission to patriarchy. Perhaps it’s because she never bothers to learn or explain the difference between consensual sex work and sex trafficking, conflating the two throughout the film the same way paternalistic lawmakers did when they passed FOSTA/SESTA, a 2018 bill that actual sex workers universally opposed. (The film makes no mention of the bill.)

She mostly listens when porn star and intimacy coordinator Lotus Lain says, “You are an outsider, you’re what we call a civilian. You have to let sex workers speak for themselves.” But she speaks volumes with the sex workers she chooses to hear from. Throughout the film, Jones is in frazzled conversation with an imaginary online mob of pro-sex work feminists threatening to cancel her for making the movie. But Sarah’s white girl character, an obvious parody, is the only representation for these ideas. Despite supposedly attending a conference about decriminalizing sex work, Jones never actually interviews any advocates for decriminalization.

Jones is at her most clear-headed when speaking about the intersection of race and sex work, even if she paints all pro-sex work feminists as privileged white women. (With Meryl Streep and Abigail Disney as executive producers on the film, this assertion doesn’t really hold up.) Though she uses interviews in place of numbers or research, the stories in the film offer a bleak reminder of the sex industry’s inherent racism. A personal revelation that her sister was engaging in sex work before her premature death reveals where Jones’ passion for the subject stems from. It’s also pretty damning evidence of her blatant, if well-founded, bias. (She’s far less introspective about the offscreen boyfriend who was paying her rent, never interrogating the fact that she may not be such a civilian after all.)

A rousing final screed about the suffocating limitations hyper-sexualization places on Black women holds some of the film’s most salient points, offering a glimmer of how different the movie could have been if she had just spoken from her own experience. Jones clearly has valuable insights about being a Black woman in entertainment and has the chops to tell a captivating story. What any of that has to do with the sex industry is a total mystery.